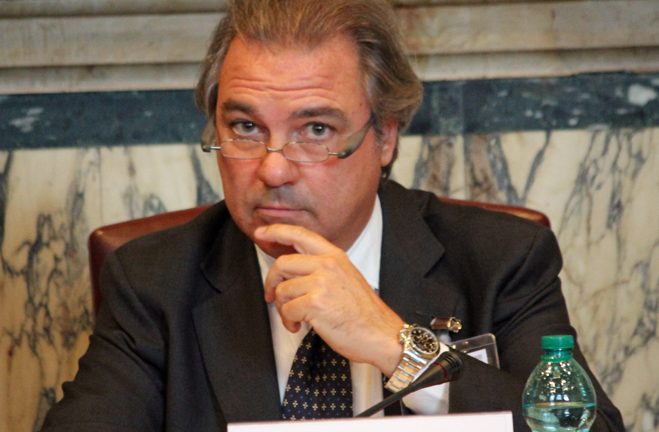 Alessandro Focaracci, graduated in Civil Engineering Transport at University of Florence, has been the Project Manager of large infrastructural underground works both in national territory and abroad, following the processes of design, technical support and building more of 100 tunnels with a total length of over 300 km. Between the major works completed or in progress there are the High Speed Railway Bologna-Florence and Rome-Naples and the underground of Milan, Rome, Bologna, Naples, Lyon, Barcelona and Marseille, where he helped to develop the most innovative design and construction system currently employed in Italy and abroad. He has been teaching assistant at the Faculty of Engineering of the University of Florence and of the University of Parma, and professor at the University of Bologna, and from 2001-2002, for a few years, at University ‘La Sapienza’ in Rome with the Degree of “Safety Engineering”. He is the President and the founder of the FASTIGI Foundation for the safety of road, railways and metro tunnels and major infrastructures, and he has been the General Secretary of the Italian Galleries Society (SIG) for 17 years. It is also a member of the Technical Committee CTC3 “Operational risk management in the performance of national and international roads” World Road Association AIPCR / PIARC. Since 2001 he has worked in the Ministry of Infrastructure and Transport as a Technical Advisor of the Minister of Infrastructure and Coordinator of the Technical Mission established in accordance with the ‘Legge Obiettivo’. He is the Director of Prometeoengineering.it Ltd., ISO 9001:2000 certified for the “Design, Consulting and Technical Assistance in the field of Infrastructural Works and Soil Protection.”